Back to the top

Whether you just visited us last Halloween season, or you haven’t set foot through our creaky doors in years, Brighton Asylum boasts the scariest and most interactive haunted house experience PERIOD!  All custom special effects, huge moving sets that interact with you, actor driven animatronics trying to devour you, scares at every turn!  Brighton Asylum undergoes massive renovations each and every season to ensure the newest and most exciting Halloween experience in the tri state area!

Brighton Asylum sells out every night folks!  Get your tickets now! Tickets are limited so guarantee yours today by purchasing in advance! CLICK HERE! 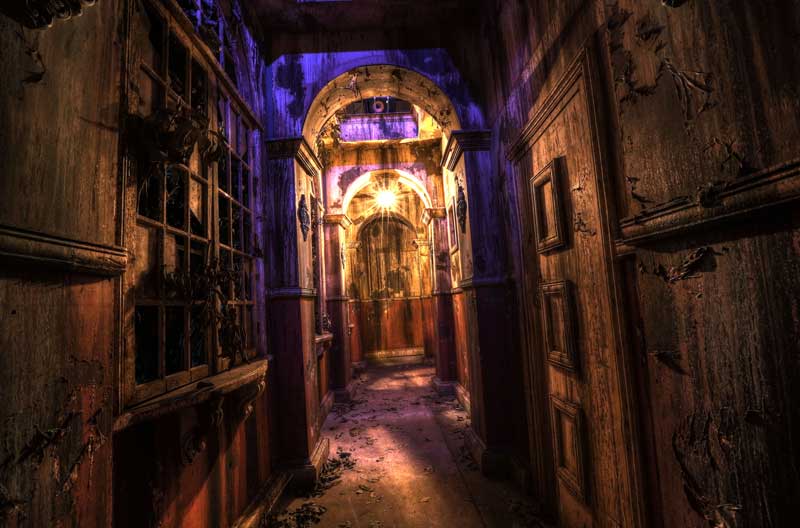 Brighton’s industrial complex, a series of old and decrepit warehouses, was used for housing mentally unstable and psychologically damaged individuals back in the mid 1940’s.  Many of these patients were quite violent, and often needed to be isolated for staff and patient protection.  The most violent patients were housed in the main central building, most commonly referred to as Brighton Asylum. Minimal risk patients were housed in building B, located adjacent to Brighton Asylum and not accessible to the public.  A beneath ground service tunnel spans the full length of the complex which allows staff to travel from outside, to any building within the complex, without having to pass through the high risk and centrally located Brighton Asylum unless needed.  This tunnel was also used for medical deliveries to other buildings, and to keep prying eyes of the public away from seeing what was going on inside Brighton Asylum.  The tunnel is accessible via Brighton’s own private subway system.

Above Brighton Asylum on the second floor is the staff quarters, where most of the resident staff lived while on duty.  The quarters were home to many nurses, doctors, orderlies, administrators, in-house lab technicians, and more.  There were rumors of  bizarre gatherings, parties, even experiments taking place in these Victorian style quarters, sitting quietly above the more heavily populated Brighton Asylum.  In fact, such horrific acts were reported to have taken place there, the quarters were eventually dubbed, “The Bleeding Grounds”.

Years of extremely harsh living conditions, grotesque medical experiments, staff disappearances, and screams spilling into the residential areas during the night, resulted in the state permanently closing the facility in 1952 pending a full investigation. No such results of an investigation can be found to date.

After 59 years of sitting unexposed, decaying and cut off from the public, Brighton Asylum reopened in 2011 as a haunted attraction. Its creaky doors were open once again, and ever since, thousands of people have been exploring its hallways and rooms where hundreds of patients lost their minds. The many unthinkable events that took place between the mid 1940’s and 1952, are still waiting to be fully uncovered.